Last week we took a break from Sunday Confessions, and even though I had something written up, I got a bit lazy. This week, we reconvened, but... well... I had a tattoo appointment. I was gone over 12 hours yesterday (6 being tattooed) and today I just dont have the energy to write when every 5 minutes I readjust myself and say

Because of those circumstances I am just going to share photos of my new tattoo. It's a Frankenstein monster and originally created by Fab Ciraolo. His work is awesome if you want to look him up. I always identified with the story particularly with the monster being a social outcast and wanting to be accepted for his differences.

"As I fixed my eyes on the child, I saw something glittering on his breast. I took it; it was a portrait of a most lovely woman. In spite of my malignity, it softened and attracted me. For a few moments I gazed with delight on her dark eyes, fringed by deep lashes, and her lovely lips; but presently my rage returned; I remembered that I was forever deprived of the delights that such beautiful creatures could bestow and that she whose resemblance I contemplated would, in regarding me, have changed that air of divine benignity to one expressive of disgust and affright."

Eventually his existence changes him into something more of a true monster--the anger  and rage and need for revenge. Luckily I never ended up there, but I do relate or did when I was younger and have been drawn to the character ever since. 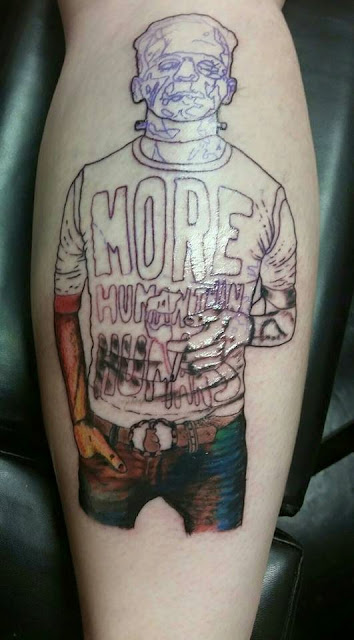 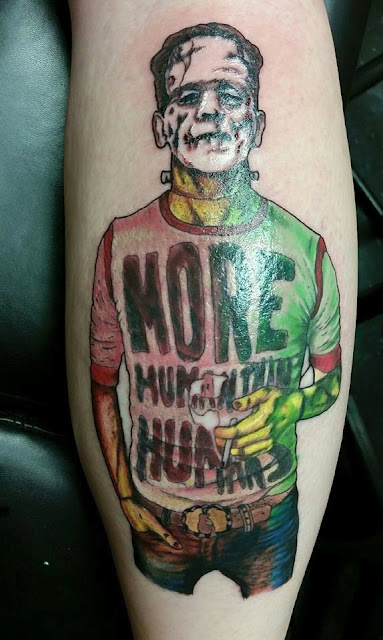 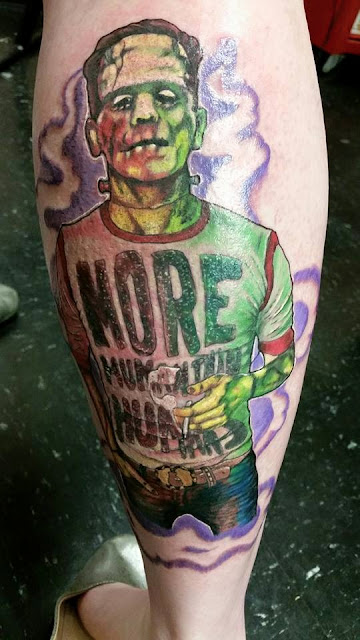 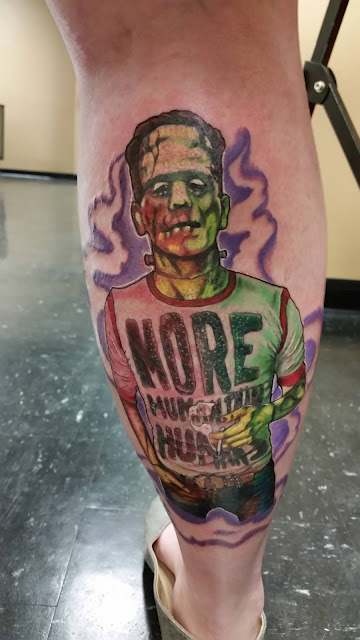 If you are ever in the Panama City Beach area, be sure to check out IV Horsemen Tattoo Parlor specifically Hugh Fowler who did this piece and one other one for me that I won in a contest 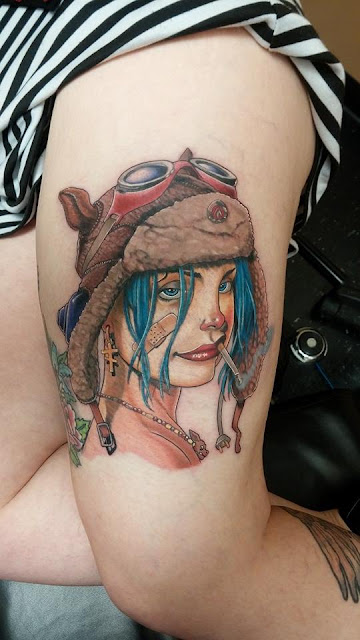 Be sure to check out the other confessions on the More Than Cheese and Beer blogpage!!

Posted by Jenniy French at 7:35 PM