“Ugh! I lost again,” the boy says and tosses the controller to the ground in frustration.

She glances up at him from her computer where she is furiously typing. She has a letter, an email, and the beginning of a blog to write before she sleeps, but it looks like she’s about to have to take a break for a little conversation.

He groans in frustration and rolls his eyes.

“If you keep up with that attitude, you can take yourself right on back to your room and go to bed. I don’t have time for this tonight.”

His eyes widen at the sternness in her voice, but he cuts the go-to-hell look that had positioned itself on his face. It was almost like flipping a switch. Attitude ON, Attitude OFF.

“Come up here and sit with me for a minute. Sounds like you need a break anyway.”

“Well, act like it’s torture to come up and sit with your mom for a minute why don’t ya…jeez. Now go get my waterboarding kit.”

“uh….I’ll explain it to you when you’re older. then you’ll think back about how funny your mom is. Or disturbed. Either way.”

“Nevermind. Let’s talk about this game.”

He goes from 0 to 60 in less than a millisecond rattling off some details about whatever game he had been playing and what he was supposed to do.

“Wait a second! Breathe. have you been taking methamphetamines?”

“Yeah, yeah. Now, listen. I didn’t mean we needed to talk about what you’re doing on the game. We need to talk about you shouting at it and throwing a far-too-expensive-to-be-tossed-around controller.”

“yeah, oh. How many times have we talked about this already?”

He shrugs, the way children do when they know any answer they give is not going to help their case.

“Then that’s once too many. So look, you know the drill. When you get pissed off, it is absolutely not okay to throw things that you will regret breaking later. That’s how people get hurt. if you don’t learn to control that temper now, then one day it could be a person you love that you hit instead of a toy. It could be someone special you throw around and break or lose instead of a controller. Do you get that?”

He nods his head, but she is unconvinced that he understands the entire lesson, so she goes on.

“Here’s the thing… life is kind of like a video game. We all have obstacles to face. We all have to complete our missions which are our lives and making the most of them. We have plenty of enemies that can kill us even if we do everything the way we think we should. We have to proceed carefully sometimes and run full blast without looking others—the trick is knowing when to do one or the other. We have to fight battles with bosses like cancer or losing our loved ones or depression. It’s very much like a video game for each and every person. The only difference is you only have once to get it right with real life, you get me? We are here but once. When we have these talks, I’m trying to make sure you do get it right and complete the mission to make the most of the shot you have. And really we have these talks so I can make sure *I* make the most of the one life I have—because helping you be the best man you can be is part of my mission. Understood?”

He nods his head and gives her a hug. “I like it when you talk video games, Mom.”

She hugs him back, full of love for the geek she is raising. “I know.” 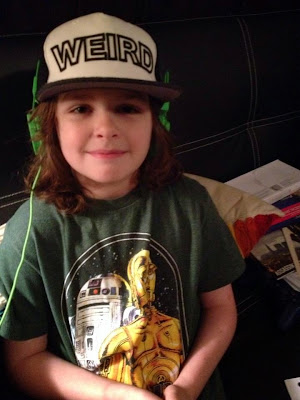 Sunday Confessions! The prompt was lost which, of course, made the gamer in me think of lost lives and this conversation with the kid. Hope you enjoy. Thanks for reading. And be sure to check out the other submissions on More Than Cheese and Beer
Posted by Jenniy French at 6:42 PM