And So It Goes

Welcome to a Secret Subject Swap. This week 16 brave bloggers picked a secret subject for someone else and were assigned a secret subject to interpret in their own style. Today we are all simultaneously divulging our topics and submitting our posts.

My subject is: Tell the story of a relationship or a friendship that you let go and why you wish you hadn’t.

It was submitted by: http://Bakinginatornado.com

In relationships and friendships, that has always been the most important factor for me—the quality of the connection. I can interact with people who don’t share my values and belief system, but ultimately, the only way I can ever really connect with someone is to share those common beliefs and see in that person a reflection of myself. In a lot of ways, even in friendships I want proverbial soulmates.

Part of the driving force behind that desire is having been in a family that, most of the time, made me doubt myself and chipped away at me at every turn. When I got old enough to realize the toxicity of a lot of my family relationships, I chose to stop participating in them anymore. I have zero connections to my dad’s side of the family and not many with my mom’s choosing instead to focus on my immediate family and the few close friends I have that I truly do consider family.

But, that doesn’t come without a hint of regret.

When I was growing up, my grandma (Granny) was a constant in my life. My brother and I spent a lot of time with her and my grandfather. We were there almost as much as home learning to cook, making forts, and being scared of bad weather with her. She spoiled us with candy, junkfood, toys, and letting us do whatever we wanted more often than not (like Grandmas are supposed to).

Then, she would turn around and tell us we were fat and needed to go on a diet. Even as young children she would give us a huge bagful of junkfood to take home then comment on our weight. She would play the attentive grandma then turn around and harp on the shapes of our bodies. The older we got, the more she complained about that and other things (like Grandmas are not supposed to). 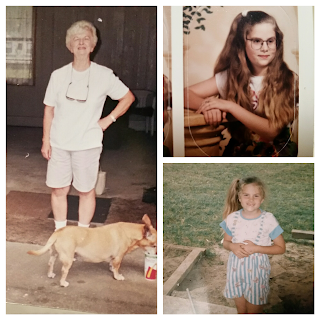 When I was in 5th grade, my aunt died from a brain aneurysm. It turns out that my grandparents had offered her a not so small lump sum if she lost weight—down to something they saw more preferable. Granted, she was a fairly large woman, but that really wasn’t their concern. Still with her being a divorced mom of two boys who needed college and all that, she decided to take the offer. She had a stomach stapling (vertical gastric banding) to help in the process covered by insurance or worked out with the hospital she worked at or something like that. Afterwards, she would get sick after eating anything even remotely close to the amount she was used to and spent a good chuck of time praying to the porcelain god. That’s where her boyfriend found her one evening—she had gotten sick and the aneurysm ruptured. She was taken in for brain surgery, but things didn’t go well at all, and she ended up on life support, brain dead. My grandparents decided to take her off support not long after.

Essentially, they killed her metaphorically and literally.

If it hadn’t been for their insistent concern about her body, she never would have been so sick. She never would have had the procedure. She likely wouldn’t have needed the brain surgery. It could be that the aneurysm was already in place, but people can manage a happy life for years without ever experiencing the sort of rupturing she did or perhaps preventative measures could have been taken if it began to give her trouble. In many ways, it was on their heads for fixating on something that really wasn’t any of their business in the first place.

Imagine my shock and disgust when the same offer was given to me years later when I was around 19/20.

My relationship with her (and with him) was strained at best after that. Nothing I did was good enough. Eventually I did lose weight but it was never enough. I was never enough. When my dad was dying with cancer, she would cry to me about how she was going to make it every time I called her, but she never talked about him. She never asked me if I was okay. When my grandfather died in 2009 and my brother and I went through his office just to look at all his old memories and what he kept finding comfort in getting to know him better through the items he chose to keep, through the things he carried from one house to another and one era to the next, she accused us of only being there to look for his will.

That was the final straw of a long string of incidents and a whole lot of bullshit.

I haven’t spoken to her since not that she has ever really attempted to call or seek me out, but it was always on my shoulders to have a relationship with her anyway—I had to make the calls and the visits and request her time never the other way around. I can’t see myself going back into that relationship with all the years of self-doubt and heartache it caused. It isn’t healthy to let someone who was supposed to love me exactly as I am constantly nitpick every fault and flaw she could find, someone who needed every bit of attention from everyone around her… a selfish hypochondriac with a booze problem that turned into a pill problem coupled with a need to put everyone else down to build herself up. Who needs that?

That isn’t to say there is zero regret in this decision, though.

I don’t want her, the person, in my life, but I do feel like I have missed out on having a really rad grandma that could learn to accept the tattoos and the weird hair and my individualized parenting style. And, for that, I do regret the loss of the last remaining tie I had to my dad’s side of the family. There’s a mixture of regret and relief in having let her go that seems contradictory but also entirely warranted given the callousness of the woman in question.

I want that relationship, that familiarity…the comfort in having a family member, even one, from my dad’s side of the family that could just *love* me for me and be fucking okay. But that’s not a possibility, so while I regret the loss of that part of my blood, I had to let it be and move on with my life for my own sake and for the boy’s. The little girl in me wants her Granny, but the woman I’ve become knows it just isn’t worth it.

And so it goes. 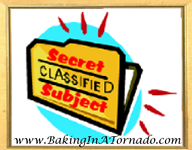 Now be sure to check out the rest of today's participants. Should be amazing!!

http://www.silenceofthemom.blogspot.com Silence of the Mom