The Room of Recliners 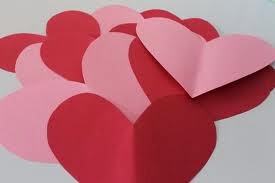 Sitting in that room in a bright blue recliner surrounded by red construction paper hearts with a heating pad pressed desperately and firmly to my lower abdomen and tears drying on my cheeks, I wanted to shout out that I’d been lied to by everyone there. I wanted badly to demand someone take responsibility for being a dirty, lying scumbag. I did not, however, utter a word. I kept my mouth shut because underlying the anger I was feeling, I also felt guilt. Actually, there was a myriad of emotions bubbling under my pale exterior including sorrow, relief, apprehension, and shock. I sat in that recliner knowing I’d made the best possible choice given my history with pregnancy and labor but knowing that never once made having an abortion the easy choice.

See, when I had my first child, it was something straight out of an after school special that makes you seriously consider abstinence. Or perhaps it was more like a horror movie. Either way, the birth of my son was tragic and terrifying and has left me with enough insecurities to last a lifetime. That day, October 19, 2005, my doctor decided would be my son’s birthday. The boy was only a day late at that point, but the doctor thought it would be best to go ahead and induce. It had not been an easy pregnancy. I was tired. Emotional. Naive about the medical field. I went along with that choice without much concern or research into the matter. I trusted what my doctor was telling me and went with it.

When I arrived at 6 am and started the pitocin, I was nervous and excited. But hours later after I had been stressing to the nurses that I was, definitely, having contractions while they insisted I certainly was not , I was scared. Petrified. I tried so hard to tell them that I knew what was going on with my body while they failed to listen and treated me like I was a complete idiot. I was completely at their mercy, and they failed me in every way imaginable.

Oh, you’ll know when you’re really having contractions they said.

I’m having them now, I said.

It took forever, it seemed, for those women to realize the monitor had been incorrectly placed on my pregnant belly and that, yes oh yes, I was having contractions…that I had been having contractions all along even as they decided to keep upping my dose of pitocin and laugh at me. By then, the pitocin had to be stopped.

It took hours more for me to finally see my doctor once he had seen all his patients for the day. The nurses assured him that everything was going fine, and there were no issues. But there were issues. I was crying from the pain I was experiencing that had nothing to do with contractions and telling the nurses something was wrong while they continued to tell me I could not be in pain because I had opted for the epidural. The doctor only had to look at me to figure out that things weren’t as easy, breezy as the nurses believed. When he checked himself, only one side of my cervix was dilating. He suggested a Cesarean which made me cry even more. That wasn’t what I wanted or expected to happen. He gave me 45 minutes to see if anything would change, he said. In reality, he gave me 45 minutes to come to terms with what was going to happen so I would not be so distraught in the OR.

By the time he returned, I was screaming in pain. I couldn’t hear. Couldn’t see. I remember being rolled away for the operation, but I can’t remember much else besides telling everyone in the room with me that something was wrong.

As the stronger dosage of fentanyl began to calm the pain I was feeling, I finally managed to tell them my chest was hurting. My blood pressure and heart rate had skyrocketed to dangerous levels. The doctor instructed someone to grab a shot of Inderal to force my heart rate down, but it ended up not being necessary. Right then, I heard my son cry for the first time, and things started to normalize on their own.
Afterwards, while I was still too shaky from side effects of the anesthesia to even touch my son, the doctor came in to check on me. “I thought we might lose you there for a minute.” That’s what he said to me.

It was this experience that had me sitting in that blue recliner with tears in my eyes reading the words of understanding and encouragement that women before me had written on their paper hearts taped all over that room.

I never wanted to be here. I had been a mother and held a baby in my arms and smelled him and watched him smile at me for the first time and say his first words. I had been there. I was already a mother. I didn’t want to do this…but I had to do this.

It was the experiences of that day, the day I had an abortion, that had me angry. So angry. I was angry that no one talks about this. I was angry that my friends kept telling me to think it over and be sure. Friends who I know have gone through this before would not step up and tell me what to expect, how it would feel, and how I would feel. Everyone offered to help if I’d keep it…people that didn’t even help me before when I there were times I could only afford ramen to eat. I was angry that people think this is all just a big fucking joke—that women choose to go through this instead of using condoms. I was angry that all the information I’d gotten from the clinic implied explicitly that it would feel like “bad” menstrual cramps and that I could return to work the next day. Nothing prepared me for one of the most painful experiences of my life.  And, I was angry that the receptionists were extra friendly to deceive me into believing I’d meet with an understanding staff and while most were, the most important wasn’t. The physician himself, the person responsible for vacuuming my uterus, was cold and condescending. He wasn’t the least bit concerned or attentive choosing, instead, to make the patient feel even worse about herself and the choice she made. More over, he was pushing open the cervixes of terrified women of all legal ages like he was working an assembly line he’d grown jaded with long ago while his assistant told us all to keep down our pain-filled moans out of respect for the others.

Despite all that, I still felt (and often still feel) like everything I felt and went through that day was some sort of cosmic punishment for having made this choice…that I deserved every humiliating, excruciating moment I had endured. Even now, I feel in so many ways, that it could never be punishment enough for making the choice I did. I will live with the fact that I terminated a pregnancy and what that means for the rest of my life, and I hope one day I can forgive myself.

Some of the girls sitting in recliners surrounding mine wore faces that let on the betrayal and fear they felt.
None of us would talk or even make eye contact with one another while the shame and pain continued to wash over us. Personally, I have not talked to many people about this at all. In fact, only a handful of people know period and of those who do, only a couple know how I truly feel about it all. Talking it over is difficult when it seems impossible to truly express your range of emotions to someone who has never been in your position…even your partner is incapable, it seems, since they will never know what it feels like to carry a child or lose one by choice. To all the girls who shared my pain in the room of recliners, we shouldn’t have let each other sit there in stony silence. I, myself, could have used a knowing hug. We never should have let our mixed emotions keep us from reaching out to one another. To all my friends and not yet friends, I’ll listen and cry with you if you ever need an understanding ear. I won’t shut you out and I’ll be honest about what I went through myself. You’ll need it.

And, finally, to all the people who think abortions are Sally the Slutbag’s version of birth control, you have no fucking clue what you’re talking about. Having sex does not make women into sluts. We had sex just as everyone has sex. In fact, people have sex and use birth control methods and still end up pregnant. It’s not all about irresponsibility and bad choices. Women who have sex are not impregnating themselves either. If you’re blaming women for having abortions, why aren’t you blaming the men whose sperm was needed and who also consciously made a choice to abort? Don’t say the dudes don’t know. They do. My partner did. It was OUR choice not just my choice. Also, knowing that women have had an abortion does not tell you our stories. We’re not in clinics every couple of weeks to “get rid of a problem.” So this is my story full of heartache, guilt, and fear. Here are my vulnerabilities and my wounds. When you read it, I hope you realize there are many more just like it.
Posted by Jenniy French at 5:21 PM