It never fails, and I always sort of dread it--my mom will be sitting at the table with us during a family dinner
or holiday or special occasion and she’ll tell a story from my childhood or maybe my brother’s back from times before my parents were divorced. There’s never that look of familiarity or recognition on my face during these stories and she’ll ask me if I remember what she’s talking about perhaps because she sees my blank look or perhaps out of habit.

My parents separated when I was in 7th grade in my 13th year of life. Their relationship was tumultuous at best plagued with problems from the start. My mom was young when they met and from a problem home where she’d suffered abuse of every sort and had already been through so much shit in her life that maybe my dad didn't seem all that bad. He was, though… Drug and drink-addicted, mean, sexist, violent, and a bit of a criminal—growing and selling the substances he loved most, making ‘shine, and really not giving a shit about the law in any sense. The world was his oyster, and rules were for assholes.

It’s not surprising, I suppose, that he didn’t exactly make for a stable childhood.

I don’t have many memories from that time in my life before age 13. I have stories shared with me by my mom and my brother. I have clips and hazy images of fights, of heartache, pain, and suffering. I have residual feelings of fear, of not knowing what it was going to be like when my father walked through the door likely already drunk from sticking around after his welding jobs were done on the farms where he worked and having a few while he talked shit in his way with the “guys.” There are fading voices in my head that echo the names I was called when I was younger. And I have memories of what it was like when I lived with him for a year and a half before I turned 16 during which time I was beaten, raped and blamed, turned onto drugs and alcohol, and saw him beaten, high, drunk, arrested, in jail, and so fucked up on cocaine that his nose would bleed and he couldn’t move...not to mention the various women that were in and out of his life who were inevitably even more fucked up than he was.

I still flinch when someone raises a hand in my vicinity even for something so benign as a high five.

There have been so many times in movies and on tv that you see someone suddenly remember what they have forgotten with a little help. They unlock repressed memories and suddenly recall all the horrible things that happened to them that were buried deep within the recesses of their minds. It’s not like that for me though. In high stress environments, storing memories is low priority for a child’s brain and eventually affects their ability to remember things for the rest of their lives. It’s not that anything is locked away to be forgotten until some day in the future when the key to the box magically presented itself; there was simply nothing there to forget. There's no box, no key to unlock it. I cannot forget what I never stored in the first place...it's just part of having that kind of life as a kid.

As a mother, I strive so hard to make sure my son will be filled to the brim with memories. We haven’t 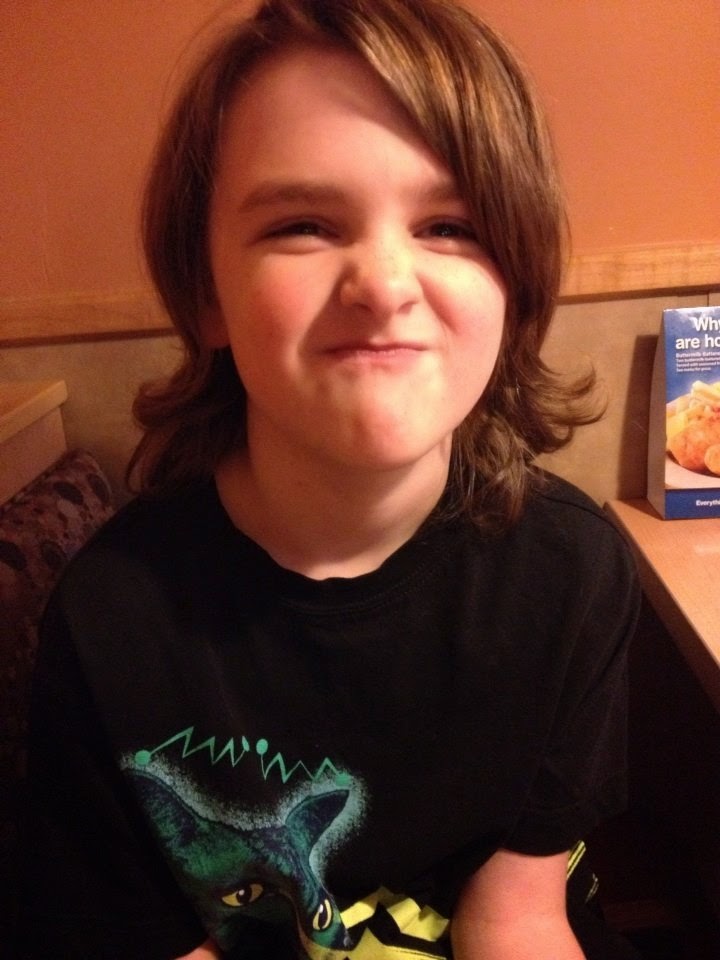 always had the easiest life. There have surely been struggles for us, but no matter what we have made the best of our time together. I like to imagine the two of us sitting at a dinner table surrounded by family with me asking him if he remembers the time we turned boxes into miniature cars for a night at the “drive-in” or the time he peed in the cat’s bowl or when he got his first vinyl record. I imagine he'll smile and share my laugh at old times without the blank looks, the questions, the empty files where memories should be stored. I imagine that he feels secure and warm instead of so alienating, so abnormal and weird. I want that for him...those nostalgic laughs that light up our eyes when we relive those shared moments over a cup of coffee while the grandkids play in the living room making memories of their own.

My hope is that his life is so filled with warmth and laughs that there’s too much for him to possibly remember it all.

The prompt this Sunday for Sunday Confessions with More than Cheese and Beer was Forget. I hope you'll check out all the other linkups on her blog and the anonymous confessions on Facebook!