It's time for Sunday Confessions with More than Cheese and Beer! Today, in honor of Mother's Day, the prompt is Motherhood.

Motherhood embodies so many things including the aggravation I feel as I sit here listening to my 8 year old talking out loud to himself nonstop about whatever game he is playing.

He honestly does not even know he’s doing it. That’s the fucker of it. When I ask him if he absolutely HAS to give color commentary for every move he makes on the game he looks at me as if I’ve finally lost my mind and need a trip to the mental hospital. He also says, “I wasn’t” despite having been recorded doing this on numerous occasions. Sigh.

We’re like the odd couple, he and I. I’m extremely introverted and I tend to enjoy a clean working space, organization, and attention to the details. He, on the other hand, is a wild, chaotic tornado of talking destruction. In my living room right now, he has shoes, a drink from hours earlier, a bottle of rug cleaner out that he used to clean up a spill on the floor, headphones, drawings on notebook paper, and his WiiU remote where he is watching TV from his room in the living room where I am trying to write. We get a long about as well as the odd couple some days when I want his things out of the living room and a few minutes of peace while we hang out, but it all works out. I love him, the Oscar to my Felix. (Though, I’d like to point out that I’m not quite as anal retentive as Felix though perhaps my need to defend myself says otherwise. ha).

I think the best thing about being a mother may be the memories, though. There are the loving ones like that moment when he was just a month or so old when we were laying in bed together early in the morning and he smiled for the first time at the sound of my voice. The first kisses, the first hugs, the first “wub you” are all wonderful things to recall. There are the proud ones—the first time he scooted across the floor, the first word followed by many other words to the point that his pediatrician was shocked into silence at his 6 month checkup (and he hasn’t shut up since), his first steps, the first time he read to me, and the many times he has been awarded for grades at school. The even prouder moments from his seemingly total immersion into geek culture have been quite fun. I watched his jaw drop in shock when the words “Luke, I am your father” floated across the air to his tiny ear drums for the first time and my heart swelled.

No, seriously. We don’t fuck around with this sort of thing.

And there are funny ones too like the time the boy revenge-peed in the cat’s bowl. There’s the time he told me at 3 not to antagonize him about learning his ABCs. And there’s the time upon waking up in the morning and being sick, he assured me that he would, in fact, be fine to go to daycare as he had only had one too many Yoo-hoos the night before…

For the rest of my life, the phrase “I’m alright, I’m alright…I just had one too many Yoo-hoos last night” will be forever in my brain.

That’s why the memories are so good and such an awesome part of being a Mom. The memories you share with your child and of your child are not like any of the others even concerning a partner. You may lovingly recall the moment your significant other spoke the words “I love you” but it pales in comparison to the moment your child first did so. There’s really nothing like the feelings that swell to the surface when you think back over the years or months with your wee one and a kaleidoscope of moments flutter and washs over you leaving you in awe of the life you brought into the world and horror at how fast the time has gone already. No other memories can really do that to you—fill you with love, pride, laughs, frustration, and woe (albeit a sort of good woe) all at once.

But, that’s motherhood. And despite never wanting another one for as long as I live (hahaha) I wouldn’t trade it for anything.

(Seriously, if I ever tell you I’m pregnant and happy about it, please know that aliens have taken over my body, and I give you permission to do whatever needs to be done to take them down.) 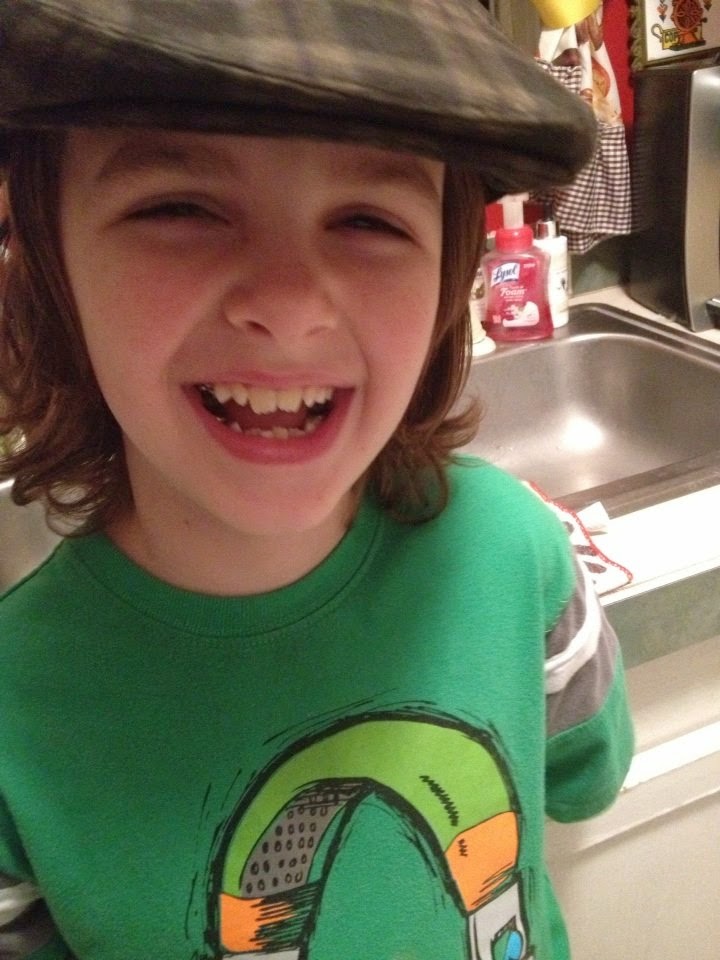 Posted by Jenniy French at 1:26 PM