Welcome to a Secret Subject Swap. This week 10 brave bloggers picked a secret subject for someone else and were assigned a secret subject to interpret in their own style. Today we are all simultaneously divulging our topics and submitting our posts.
My secret subject is: Do you have an all-time favorite movie? One that you love no matter how many times you see it?

It was submitted by: Karen @ Baking In a Tornado. Her link and swap post can be found below my answer.

I don’t know that I can tout myself as a film critic, but I do love visual stories as much as written ones. I have a list of favorite directors whose movies I will always see even if they don’t quite make it onto my favorites lists. I have favorite genres, favorite films, and lists of films based on arbitrary qualities like favorite films to watch when I’m sick or Top 5 favorite movies about the workplace/drugs/music/etc.

I like quantifying things. I do it with music, television, and books. I have fun making these lists, categorizing stories in this way. It adds a bit of depth to reflect on one particular aspect and how it affects the overall story good or bad, what it says about humanity in general or just the characters in the tale.

With films, I find it difficult to step away and disconnect from the emotions on screen, so most of my favorites aren’t tearjerkers. I want to feel those emotions, I do, but if a movie makes me sob, chances are, I’m only going to watch it the once at most. Life is tragic enough for me without falling in love with characters that will be ripped from me over and over and over again. And I’m not at all a fan of romances either. Love doesn’t work out the way it does in the movies, and I think it skews people’s expectations of how relationships are supposed to go. I know what I like and what I don’t like pretty well. I quantify those loves and hates based on whatever reasons I feel like at the time.

But do I have a Greatest Of All Time selection, a goat, if you will—a film that transcends everything that calls to me every time it’s on, whenever I’m in a dark place and need a pick me up?

You bet your ass I do.

The Big Lebowski came out in 1998 and was my first introduction to the Coen Brothers and really the first movie I remember Jeff Bridges from. That’s just, like, your opinion, man was my whole thing back in those days, and The Dude’s way of life, his abide lifestyle, has been an influence on the zen part of me that gives no shits what people think of me. Walter and his no chill having ass is that part of me that absolutely goes nuts on people about politics. The movie is quotable and quirky with strange drug fueled cut scenes and an amazing cast of actors and actresses that I have always and will always admire. It’s perfection.

I don’t know that it’s the first movie that ever made me really understand what a film could be or mean, but it’s one of the first that fed the weirdest little part of me and become something obsession-worth. Pulp Fiction, Dazed and Confused, Where the Buffalo Roam/Fear and Loathing, Snatch, Pan’s Labyrinth, THE Labyrinth, A Life Aquatic, High Fidelity, No Country for Old Men… they feed my inner weirdo with an artistic flair that can’t be matched, but it’s The Dude who hits just the right spot every time. It doesn't matter where or when I see it playing, I always want to watch it through and recite the lines along with the actors. And sometimes if I just need to get my Lebowski fix, I'll pop in the DVD because of course I own it.

I’ll leave off with a few top 5 lists though. The Dude may be a kindred spirit, but his is certainly not the only story I love.

Stepbrothers, Land of the Lost, Everything Must Go, Stranger Than Fiction, Elf (Superstar gets an honorable mention 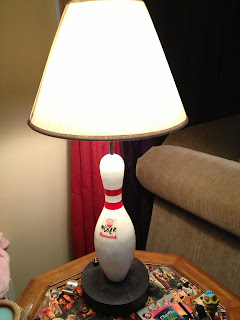 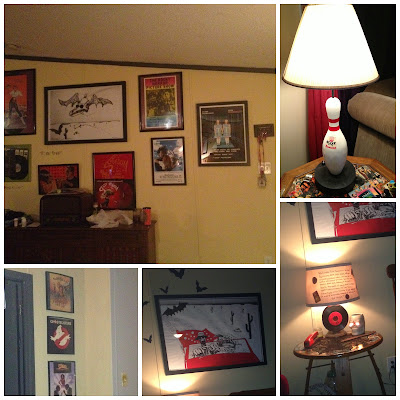 Here are the links to the rest of this week's submissions:


Baking In A Tornado http://www.bakinginatornado.com/2017/09/film-this-secret-subject-swap.html