I put my proverbial pants on one pant leg at a time just like everyone else.

But, after the second pant leg slides on, I hit the ground running, and for that, I refuse to apologize.

In the last several years, since my divorce 7 years ago really, I have been on a journey of the self. I can’t say I was completely naïve before that about the world and about life, but I hadn’t really ever taken the time to figure out ME, to figure out who I was, who I wanted to be. My newfound singledom along with events that preceded and followed it were a jumpstart on that lifelong adventure to growth, self appreciation, and purpose.

In those 7 years, I went from someone who thought she knew everything to understanding that I had to look at the world with curiosity and awe like a child to learn even a tenth of its secrets. I learned I had to be humble and modest. I began to see that there was a time to be open and malleable and a time to be firm and unforgiving. It took time, but I learned that I could be an individual and embrace my rebellious spirit without being angry and in-your-face about it. Individuality doesn’t have to sacrifice and forsake community. And when I learned that, I figured out that the people I admired most were those that cared about something bigger than themselves. I admired people who worked for others, who cared about the big picture while embracing the detail and the individual lives affected by a problem, who wanted to make a difference even if it was only in one life or two lives. I wanted to be the kind of person who recognized inequality but worked to rectify it one step at a time.

So, I went from being a girl who had no real informed opinions, who only cared about things in my immediate vicinity, to being a woman who took on and championed for cause after cause.

It wasn’t an easy transition. It’s still not an easy transition to be completely honest. For whatever reason, being the kind of person who cares about more than what’s inside her own personal bubble really rubs a lot of people the wrong way. I have lost a lot of friends because the person I became along the way is “intimidating.” Their word, not mine.

When I see that someone has been unjustly imprisoned, I don’t just share an article, I write that person and say, “how can I help?” And then I do it. When I know that someone is going to be executed, I sign 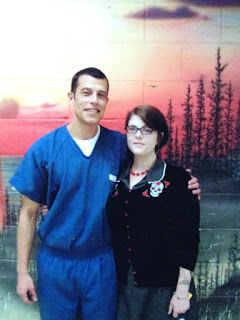 petitions, I email senators and representatives, and I pass along information. I vote. I give money or items to kids in need when I can. I message people and tell them exactly what their stories have meant to me. I rescue animals that need homes and give them a happy one because I have the space to share even though I am rapidly running out of room. I write people in prison because I know that support can make all the difference in the quality of their lives once they come home and share information about social issues and politics and help them grow as much as they help me… I share articles with them, books, photos, stories. We laugh and cry together. Learn together. I reach out to people that society otherwise deems unworthy of human contact and make them feel human again.

So, yes, I am the kind of person who shares article after article on facebook about any number of important issues. I rant. I argue (not just debate), and at times I get heated. I do a lot of talking. But for all the talking, I am also doing.

For a long time, I thought maybe I was supposed to hide that part of myself to make other people feel better since it seemed, so often, to alienate friends and piss them off to the point where they turned on me. Along that self-journey I have come to realize it wasn’t ever really me they were angry at but themselves for their own lack of doing, for their lack of passion and caring. The problem wasn’t that I was the pretentious bitch I was made out to be. Sometimes it takes seeing ourselves as a reflection in someone else to realize what we’re lacking. It’s an inevitable process of self-awareness. If we don’t like that reflection, we either resolve to make changes or we shatter the mirror. The people I knew tried to shatter the mirror—me—by tearing me down, but it was our friendships that were the only real casualty of the violence.

Why should I hide myself to make their position in life more comfortable? We both put our proverbial pants on one leg at a time. If they would rather sit on the couch in theirs, it’s not my problem. I’m still going to hit the ground running, and these days I am far more loud about it than ever.

Sunday Confessions today! The prompt is Pant. Join in if you want and be sure to check out the More Than Cheese and Beer facebook page on Wednesdays for the prompt announcements!

An InLinkz Link-up
Posted by Jenniy French at 1:56 AM