I take a lot of self portraits or #selfies if that’s your preferred nomenclature.

It’s not a daily thing, and I surely don’t post dozens at a time, but when I look in the mirror and feel that moment of beautiful, I snap a photo. Sometimes I sit for a moment and stare at the image in the tiny rectangle screen of my phone wondering if that’s really me before I hit the little trashcan icon deleting it as quickly as it was snapped. Sometimes I post them before I can second guess myself and play it off like I have all the confidence in the world.

For that, I have assuredly been called vain right on my own photographs which is alright because I know that’s not my reality. In reality, I have battled a host of self image issues and still do, though these days I’m on the winning side of that battle more often than not. In reality, it took me until I was in my late 20s to ever really post a full body picture anywhere and only recently that I’ve been able to do so with any sort of regularity, without getting sick at the thought or turning ten shades of red.

It’s a funny thing, the relationship between social media and selfies. You see someone posting various images of themselves quite often and begin to wonder just why they’re so full of themselves or maybe there’s the assumption that they just want a good, unhealthy dose of attention. For some reason, it seems the automatic response is to disregard the person as shallow. But when is the world ever really so black and white? When are behaviors so easily explained?

I suppose there are certainly people who are so vain that self portraits are a momentary bragging right, but when I scroll through my feed and see a gorgeous face looking back at me on my Facebook newsfeed, I tend to hit that like button instantaneously because I get it… I get that desire to feel some control over how other people see you because you’ve been full of self-doubt for longer than you can remember and hate 90% of photos other people take of you. I know that it’s exhilarating to feel that moment of acceptance when you post that picture and how much it goes towards building you up that you can even hit “share” instead of deleting every single image you take. In that moment, you see yourself as a whole instead of seeing a kaleidoscope of every flaw no matter how tiny…really see yourself and like what you see, smile at your own image. It’s freeing, that smile. It’s such a change to feel the oft crippling weight of self-doubt lifted even for a moment. The more it happens, the more often that smile lifts you up.

See, it really isn’t about the number of “likes” you get on the photo, it’s about how you see yourself. Maybe the comments people make add to the overall positivity you feel, but ultimately, it’s about your own thoughts and feelings about an image of you in a captured moment that translates to how you can see yourself overall. It’s about you doing you and being perfectly okay with who you are both on the outside and the inside.

Post those selfies, people. There’s not a fucking thing wrong with you loving all of you wherever you are on your journey. 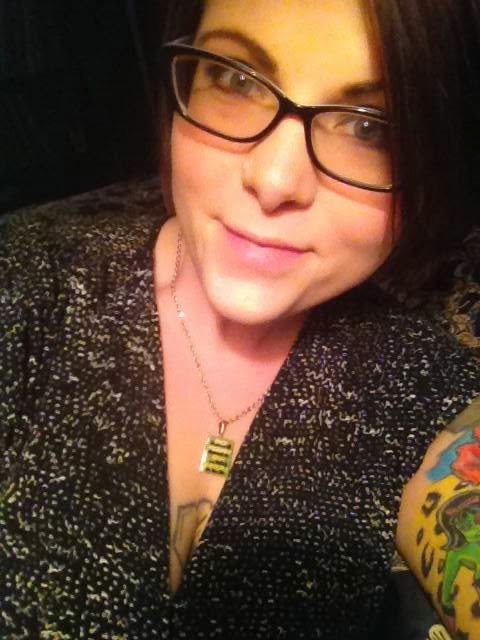 Sunday Confessions, y'all. I love them. I hope you do too. Please check out the rest of today's contributions on the More Than Cheese and Beer blog and ask about participating. Every Sunday is a new challenge. It's amazing.

Posted by Jenniy French at 2:13 AM

Email ThisBlogThis!Share to TwitterShare to FacebookShare to Pinterest
Labels: acceptance, love yourself, more than cheese and beer, morethancheeseandbeer, pics, self image, self portrait, selfie, vanity